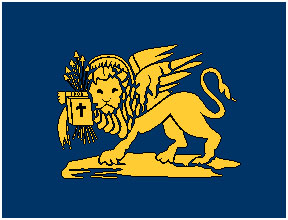 The History of Paxos

The birth of the island of Paxos was when Poseidon drilled Corfu with his trident, in order to create a love shelter for his lover Amphitriti. The island came under Roman sovereignty after a short period of Teutonic influence. Thereafter, Paxos and Corfu were ruled by the Venetians who stayed till the late 18th century. By this period there were many threatenings by pirates which led, in 1423 , Baron San Hipolito to build one castle in Lakka and one in Gaios on the island of Saint Nikolas, as fortifications.
Meanwhile in the middle of fifteenth century, the Ottoman Empire had reached the opposite mainland . Feeling the threat, the inhabitants of Paxos fought voluntary in Parga and Butrint. In revenge ,the Ottomans chase them back in the island but the inhabitanths hid in the caves and then started guerilla war which led the Ottomans to withdraw.
Then, in 1497, the Venetians where replaced by the French, who were replaced by the Russians and Ottomans. In the start of 17th century the State of Seven Islands was established with Paxos and Antipaxos be contained with their own emblem .
This state was not to last long since Napoleon and later English forces led by Greek major Kolokotronis occupied the island. The influence of a captain of a fire ship, Anemogiannis, played a major role in the prevalence of Greek sovereignty. Finally, Paxos and Antipaxos united with Greece in 1864. 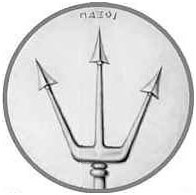