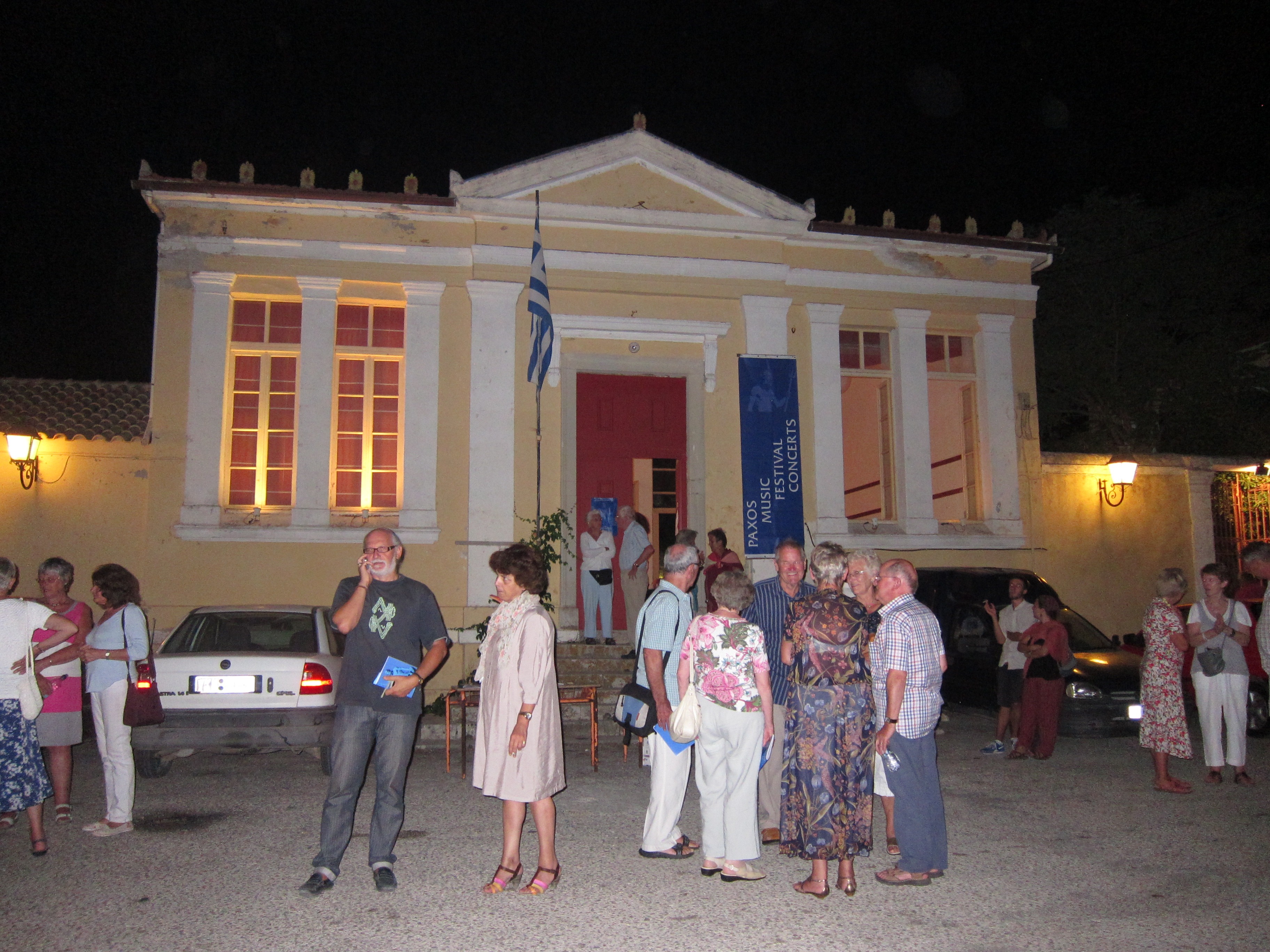 It is to be noted, that since 1986 the Paxos Island entertains one of the most outstanding music festivals all over the Ionian Sea and the Mainland. Every year, it hosts both musicians and travellers as well as festival-lovers for an extraordinary musical experience.

John Gough was the one, who had the inspiring idea of bringing into Paxos Island a young string quartet to play under the shades of the olive trees. Thanks to its success and its resonance, this venture became therefore the stage of the Paxos Music Festival. Besides the great joy and musical entertainment, the festival can absolutely offer the opportunity to young musicians and music groups to discover and develop their skills and talents. It would not be the same, though, unless the idealist place of Paxos Island had not enriched by its beauty the surrounding landscape, which can nevertheless create the perfect musical ambience.

Many musicians acclaim that they have acquired their passion though playing in the Paxos Music Festival. Nevertheless, the Festival does not stop inviting some of the most engaging and talented musicians emerging in Europe and all over the world to enhance their repertoire, on an island remarkable for its crystal waters, olive groves and picturesque villages.

Paxos Island hosts every year an Irish Festival, known as “Irish Wings”, since it is devoted to a week of Irish culture, music, art and gastronomy. Irish Wings is an exciting festival, where it is to be aimed a conjunction between the Irish culture and lifestyle with the Greek temperament and way of thinking.

The Festival presents many art exhibitions, whereas some of the most charismatic, traditional musicians enrich the landscape with their great compositions and their bizarre music notes. Painters and poets are accommodated to provide the Paxiots and the travellers with a different art cognizance, while Irish chefs offer a great journey through local tastes, nuances and viands.

The events take place in various ventures, designed to engage the audience with the artists. It is about a cultural dialogue, which aims at revealing the richness of the Irish history and combining it with the Greek magnificence. Besides the Greek audience, the Greek media as well as international residents and visitors from more than 20 different nations are more than willing to participate and provide the Festival with their individual, outstanding ideas.

Really enjoyed each day in the sunshine

Perfect for families – we had everything we needed

What a fantastic pair of villas! Two weeks of paradise!

Villas Muscalas Booking System is verified to proceed in secure transactions with: